Andy was born in Plattsburgh, New York, grew up in Helena, Montana and has always had a fascination for cars.  One of his early jobs was auto detailing for a Helena auto dealership.  Later Andy worked as a finisher for a custom cabinet shop which helped him develop his eye for fine detail as well as the art of spray finishes.  Andy decided to pursue his passion with cars and completed the Collision Repair program with North Idaho College in 2008.

After completing his education at NIC, Andy worked in auto collision repair in Missoula, Montana for seven years, where he refined his skills in insurance estimating, body repair and custom painting.  Andy’s love for the Coeur d’Alene area caused him to move back in 2015 where he continued to work in auto collision repair.  Coeur d’Alene offered Andy more options to explore his many other hobbies  which include participating in area car shows with car entries, automotive airbrushing, hiking, photography and cooking.  After hours and on weekends his hobby is restoring cars, including his own.

Andy is excited to share the skills and knowledge that he has acquired through the years with students who share the same love for cars. 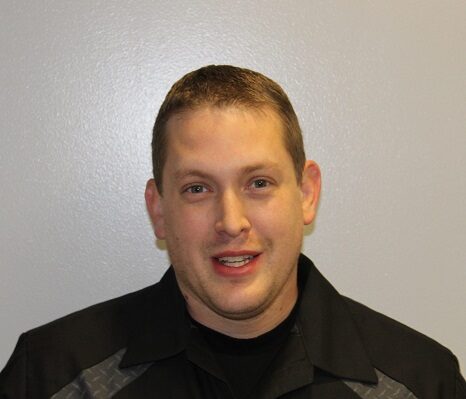