Dale went to the University of Idaho in the Electrical Engineering Program for two years. He then attended North Idaho College and earned an Associate’s degree in Machine Shop Technology. After graduating from North Idaho College, Dale went to work for the Keytronics Corporation where he successfully completed their Machinist Apprenticeship Program. He used this education to work in the machining industry for both Swiss Tech and Altek.

Dales career has spanned over thirty years and has included work in the making of components for plastic injection molds, parts and pieces for robotic arms, some work on fineblanking dies, airplane parts and assemblies, eye laser surgery components and laser military applications. His last ten years in industry was spent as an inspector for the Altek Corporation where he was responsible for incoming inspection of all materials and components for aerospace production as well as doing first article inspections on a variety of parts and the AS9102 reports that went along with them. Dale began teaching at Spokane Community College in the early 90’s and was most recently employed as the IBEST instructor for machining at North Idaho College where he worked with students that had dropped out of high school and were returning to get their GED and learn a trade.

Dales interests include CNC machines in general, fast propeller driven aircraft, draft horses and horse drawn sleighs. Dale and his wife Cathy have been married for 26 years and have two grown children. 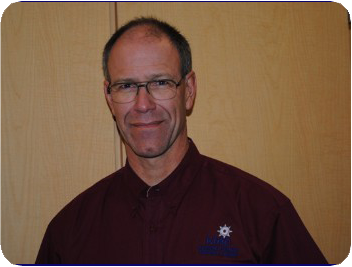